From past conversations with very old people, it’s a fact that cognitive function decreases with age. This article will go on to show the mechanism of how this decrease occurs and how one can slow down this inevitable process.

In an tissue including brain tissue two processes occur simultaneously, that’s cell formation and programmed cell death also known as aptoposis. During the early years up until about age 25 cell growth is dominant over cell death this leads to intellectual growth. From 25 years till about 40 years, cell formation and cell death are almost equal. After age 40 cell death is now dominant over cell formation. This leads to the shrinking of the brain. Due to the decrease in brain size after forty years, this is the reason you find a lot of spinocerebral fluid between brain tissue and the skull. It is at forty that your brain tissue starts to die more than is being formed. It is also at forty one phenomen called presbyopia starts. Presbyopia is long sightedness that’s associated with aging. So after forty there is more brain death and blurred vision. So I guess the saying life begins at forty is because ignorance is bliss.

How then does all this brain death affect intelligence and one’s ability to perform one’s duties. If all was straightforward 1+1, people should have been retiring at 40. But no intelligence doesn’t work like that.  Psychologists call general intelligence ‘G’. G is known to be based on five underlying IQ factors (Gc, Gf, Gv, Gsm and Gs). Some of these factors are based on ‘acquired knowledge’ through education, others are based on ‘raw’ thinking skills that we are usually not taught (such as the ability to reason logically), and others are based on how efficient our brains are (our ‘cognitive efficiency’). We all differ in our strengths and weaknesses in these 5 factors, although they are all linked to our overall ‘G’ level.

Our fluid intelligence (Gf) is our on-the-spot reasoning and problem solving ability, not dependent on background knowledge, education or any specific expertise. It enables us to see relationships and learn quickly in new situations. Our fluid intelligence enables us to fluidly: reason, plan, solve problems, think abstractly – verbally, numerically or spatially, understand complex ideas, analogies & relationships & learn quickly from experience.

Visual processing or visual-spatial intelligence (Gv) involves the ability to visualize, remember and manipulate images in the ‘mind’s eye’. This kind of intelligence is measured by tasks that require imagining spatial objects as they change or move through space. It is an important factor of intelligence for professions such as engineering or architecture.

Processing speed (Gs) is how fast your mental processes are – your ability to automatically and fluently perform basic cognitive tasks (such as scanning text for something), especially when high levels of attention and focused concentration are required.

Short term memory (Gsm). This is the memory system that holds in mind a limited amount of information for brief periods. We use our short term memory every day, such as remembering a telephone number or directions while you are driving. We can also mentally transform information in short term memory – to solve a problem, to figure something out, or reason through something to find an answer. This short term memory ability is called working memory. For example – figuring out a 15% tip (‘the bill is 29.30. Call that 30. 10% of 30 is 3. Half of 3 is 1.5. 3 plus 1.5 is 4.5.’). Working memory is like the brain’s RAM. The more working memory you have, the more RAM or processing power you have.

Quantitative intelligence (Gq) is not an independent factor in itself, but is based on a combination of other IQ factors including Gc, Gf, and Gst. It is mostly built up during formal educational experiences. Gq is a person’s store of acquired mathematical knowledge and well practiced techniques for solving mathematical and quantitative problems.

How the IQ Factors change on average over the lifespan

You can see from the graph that short term memory and fluid intelligence (Gf) can benefit from training beyond the mid-thirties. Speed of processing is the most dramatically affected by aging so this too may be a focus for brain training. Fortunately, intelligent decision making and problem solving often does not require processing speed abilities. The cognitive ability that is most resistant to cognitive aging is crystallized intelligence – our store of knowledge, information and skills. This continues to grow until the mid 60s.

Whats vital is to train each component of intelligence as much as possible so that when the decrease starts it starts from a higher level and for it to decrease to levels that are considered “stupid” takes quite some time. It is due to this training or its lack thereof , you find people in their 80s that are still very much sharp ,and some in their late sixties but quite slow. 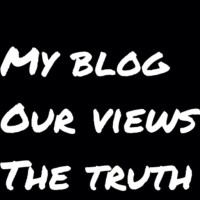 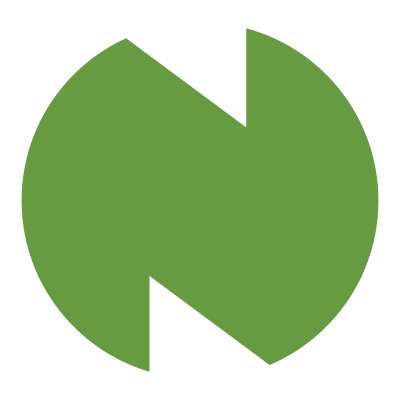 Back to top
The Dependent Independent

TV, movies, books…rants… just trying to put skills to use.

This WordPress.com site is the cat’s pajamas

These are my feelings and shit...

Just stories shared for all to read

Life Through The Disability Lens

Award Winning Blogger Changing The Perception Of Disability One Reader At A Time.

Nucleus PatientEd is a HIPAA-compliant automated patient education software that improves patient engagement and practice efficiency by sending your patients content based on their data - without disrupting your practice workflow. With expert-approved content used by tens of thousands of physicians and millions of patients, you can trust Nucleus PatientEd to raise patient satisfaction while saving you and your staff time explaining common medical conditions and treatment.